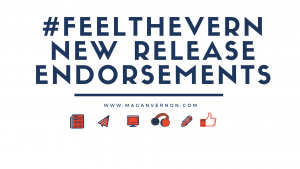 In North East Texas we’ve been suffering with mass amounts of rain. Some of you have asked me, an author for the readers, how one copes with all of the rain.

Well, my fellow readers, I suggest you curl up with a new release. You tell that rain that it can’t let you down. That you’re a reader. You can escape to anywhere in a book and some flooding isn’t going to change that.

So today, my fellow readers, I urge you to pick up one of these new releases. To let the sunshine in, in the form of a good book. Together we can #makereadinggreatagain