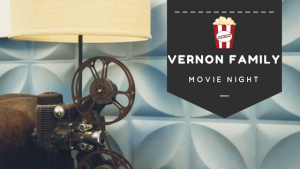 Some say that Disney taking over the Star Wars franchise ruined it. I say, “If my kid can take Jedi classes at Disney next year, I’m all for it.”

Now I wanted to start watching Star Wars in the order they were released but Twothy wanted to go in chronological order, thus we had to start with the prequels. (Spoiler alert, wasn’t a fan). 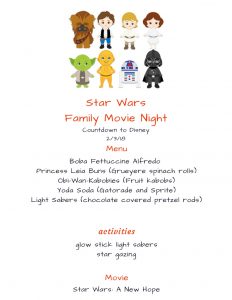 The menu again was Weight Watchers friendly and the only thing I actually enjoyed eating was the Obi-Wan kabobies (Wah wah). My review on the Weight Watchers pasta? If you like chewy, smelly things, it’s for you. If not, take the points and go with whole wheat pasta or zoodles. 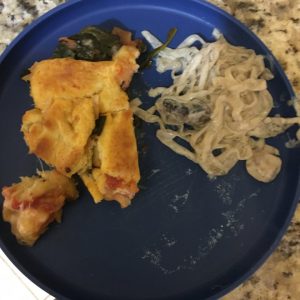 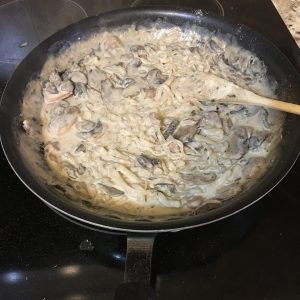 The gruyere rolls were supposed to be round like Princess Leia’s buns and as you can see those didn’t turn out. But, hey, they tasted better than the pasta at least!

You can see here the roll recipe and how they were actually supposed to look. But honestly, for the points and the time it took to make them, I’d skip it and go for something else.

The pasta, while simple enough, again I think it might have been better with zoodles or some whole wheat pasta. Aka no one wanted seconds.

The Obi-Wan Kabobies were simple enough that my kids could make them with kabob sticks and fruit that I put in separate bowls for them to put together. 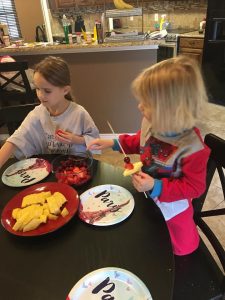 And of course who can resist dipping pretzel rods into melted colored chocolate ? 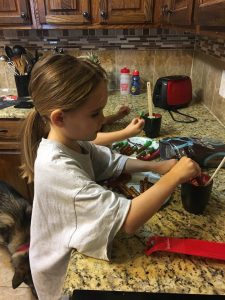 And after dessert, it was time for some activities! Unfortunately it wasn’t warm enough for stargazing, so instead, I printed out these figures, cut them with my Cricut, and we taped them onto leftover kabob sticks to have a shadow puppet show! 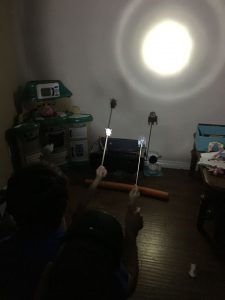 And of course, everyone’s favorite part, the glow stick lightsaber battle. We put on The Imperial March, then wrapped some aluminum foil at the end of our glow sticks. Unfortunately, I  bought these glow sticks at the end of the summer on sale so they weren’t all glowy, but hey it’s the thought that counts, right? And at least we enjoyed the battle more than the movie. 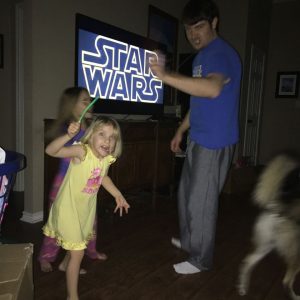 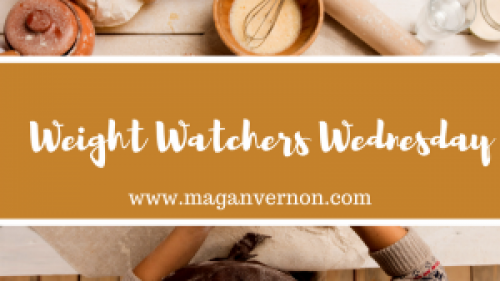 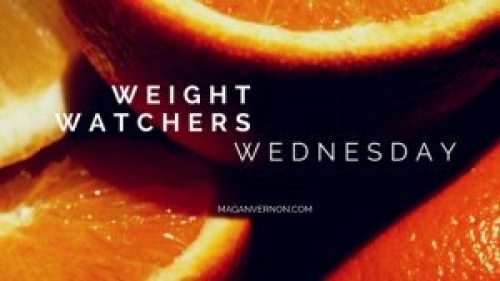 The question I always get asked is HOW? I have two young kids (6 and 4), I work from home with two jobs, my husband works in the city, I have a crazy puppy, and I’m involved with my kids school and sports.   So where does Weight Watchers […]

This is my first time posting about this and after my before and after photo yesterday, I thought maybe I should go into a little bit more of an explanation.   ICYMI here’s the photo     I’m not going to start at the very beginning, but let’s go […]