The curtain finally closed on the show I’d been on since I was eight years old.

Which meant now I had more freedom to do movies or whatever the hell else I wanted.

That is, if someone would fucking hire me.

But since I wasn’t working and had a nice cash pile to sit on, the last six months without an acting gig was full of a lot of everything I didn’t know I was missing in young Hollywood until the velvet rope opened for me.

Maybe a little too much, if my headache and the fact I was sleeping on my sofa in nothing but my boxers, a pair of wool socks, and some mystery sticky substance on my chest.

I ran my fingers over it, sniffed them.

How the hell did that get there?

As if the pounding in my head and sticky chest wasn’t enough, my phone had been ringing nonstop.

With my eyes still closed, I reached for the cordless on the table next to me, turning it on, only to realize I hadn’t charged it.

Fuck. The other phone was all the way in the kitchen.

Dodging empty bottles and crumpled papers, I made my way through the living room of my L.A. penthouse and to the large kitchen that wasn’t used for cooking anything unless my mom came out. Which she hadn’t been since I bought the place as soon as I turned eighteen.

First and last time she cooked in it.

I pulled my arms into my chest, my hands shaking as I thought about her.

Was this a call coming from Dallas that something was wrong back home?

Glancing at my caller ID, I let out a small breath when I saw my agent, Steph’s, number flash across the screen.

Maybe this was finally my call back on the superhero movie.

Standing up straighter, I cleared my throat before taking the phone off the receiver and putting it to my ear. “Hey, Steph, got good news for me?”

“Where the heck have you been? I’ve been calling all morning,” her thick Southern accent practically spat through the receiver.

“Uh, you know, slept in a little and got a workout in. I was in the shower when you called.” The lies slipped quickly off my tongue. Almost too easily.

I guess that’s what acting since I was in the womb got me: excellent lying skills.

“Well, get your tail down to my office. We have some things to discuss. Brent’s already here waiting, and Trish is on her way.”

I froze, the hair on the back of my neck standing on end.

Brent was my entertainment lawyer, and the last time the three of us sat down together was when the network announced the cancelation of my show.

But that didn’t include Trish, the woman who played my mom on the sitcom for the last ten years.

The one who I may or may not have gotten dirty with at the final cast party.

So, she was twenty years older than me and had played my mom; she was still pretty good-looking. And with all the booze and whatever else was getting passed around backstage, I’m sure we weren’t the only ones hooking up.

“Okay,” I said, swallowing hard, trying to ignore the sickening feeling crawling through my stomach. “I’ll be there ASAP.”

We hung up, and I quickly showered whatever sticky substance was off of me before throwing on a T-shirt and jeans, then jogged down to the parking garage where my Lambo was parked.

God, I hated that thing.

I wasn’t a guy who was really into the spotlight, but a rapper made a big deal about me needing something flashy in L.A., so I gave in to the pressure and bought the lime-green monstrosity, complete with vanity plates reading “HrtThrb.”

What a fucking tool I was.

I could see it in people’s eyes as I drove down Rodeo Drive and they got a glimpse at the tinted windows. The curling of their upper lips and muttering the same things I was feeling under my breath.

As if things couldn’t get any worse, when I pulled into the gated parking lot, large droplets of rain smattered my windshield.

If this were a movie, right now would be the black moment for the hero.

Swallowing hard, I tried not to think on that as I darted out of my car and made a beeline through the large glass doors.

Bypassing security with a wave, I made my way up the elevator to Steph’s office.

She was a formidable woman in size and voice. I was a decent height at six foot two, but in heels, she could stare me down at eye level. Which she did as soon as I opened the doors to her office; those dark green eyes were narrowed right on me.

“Sorry, traffic was backed up,” I muttered, not caring if she knew my lies at this point.

I slunk down into one of the leather wingback chairs, my lawyer, Brent, in the other, his briefcase on his lap, adjusting his glasses as he kept his gaze on the ground.

Steph sighed, shaking her head as she sat down then looked up to the ceiling. “Bless your heart, and sometimes you’re such a good actor that if I didn’t know you were full of crap half the time, I’d believe you.”

I swallowed hard, a sick dread rising in my throat.

Brent coughed once then opened his briefcase, setting a few documents on the desk in front of me.

“Stephanie has already looked over the documents I received earlier today, and I’ve spoken to Trish’s lawyer. We think we’ve come to a reasonable agreement, but need to go over the particulars first.”

I raised an eyebrow, leaning forward and staring at the black letters on the stark white paper. A heading for a law firm in Santa Monica stood out in bright gold letters before the next words.

All of the feeling drained from my face as a cold chill washed over me.

But before she could finish her sentence, the glass door of the office swung open and there stood Trish.

Her eyes were wide and her pupils so large I could barely see the brown of her eyes. But it wasn’t just the look on her face.

It was what she had rounding the front of her skin-tight dress.

A memory hit me like a sucker punch to the gut.

How I didn’t have any protection, and for the first time I felt a woman without anything between us.

I’d grown up with this woman but never thought of her as a mother.

When she started giggling and flirting with me backstage, I thought it would be our last time together so why not try something?

“No shit, pendejo, and we’re going to hope that even though it’s been a long time since I’ve had any other action, that this very drunken mistake in a back room with my barely legal costar that created an even bigger mistake.”

How could I be so stupid?

I winced, looking down at the marks on my arms. The ones I usually covered up with a sweatshirt but ran out of the house so quickly I didn’t think about it. I’d let sadness take hold of my thoughts instead of dealing with them.

“I’ll sign whatever papers I need to. Own up to my fuckups. I’ll be a dad. I’ll do whatever you need me to do, Trish.”

I turned toward her as she blinked slowly then took the empty seat next to me, her hand on her stomach. “Oh, honey, no. I just want the blood test to know there isn’t anything in your family history. Other than that, this baby’s mine.”

The hair on the back of my neck stood on end as I tried to control my emotions. “So that’s it? Just a blood test?”

“If you stopped using it won’t show anything you don’t want anyone else to know,” Trish muttered, flipping her glossy black hair over her shoulder.

“Trish and her lawyers have agreed to keep this quiet if you just go through with the blood test to find out if you’re the father,” Steph interrupted.

“That’s it?” I asked, my tongue numbing in my throat.

“I don’t need your money or your sympathy, Len. I just want the blood test and the NDA my lawyer prepared,” Trish said.

“But we can negotiate whatever you want to add,” Brent added.

I swallowed the bile rising in my throat. “NDA?”

She smiled, but it didn’t reach her eyes. “We all want to keep this quiet. Could you imagine if this rocked the tabloids? TV Mom and son get dirty and have a kid? It would ruin both our careers.”

This was the moment I could break down.

I was well off enough from those ten years of working on the show; I could walk away from Hollywood and fight for this.

It was time I finally woke up. 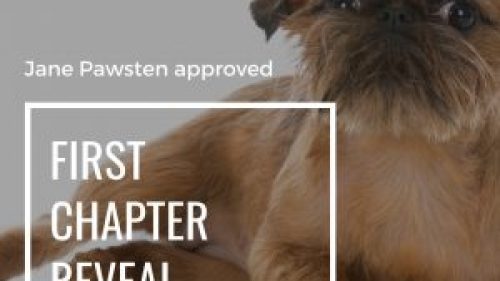 I’ve been doing this author thing for almost seven years now. I’ve written stories in almost every genre and my brand has been, well, lets just say it’s been all over the place. So, as I tried to finally get organized I sat and thought “what do all of my […]

My Fellow Readers, April is over halfway over. The weather has continued to put us in what still feels like the middle of winter. It may not be the spring break time we’ve dreamt of, sitting on a beach with our new books in hand. But just because the weather […]

My fellow readers,   The old saying goes ‘April showers bring May flowers’, but instead of showers many of you are getting white puffy flakes of snow. While to most, this would be a travesty, but not to you, my fellow readers. For we all know that the best […]

MY FELLOW READERS, The week after a holiday weekend should still be considered a holiday. As you pour your morning coffee and try to get over your headache from eating all of the chocolate rabbits and/or matzo in sight, you now realize that you’re supposed to be in the real […]

MY FELLOW READERS, As an author for the readers, you look to me each week to keep up with all things new to add to your TBR. As of late, I’ve started posting more of this information on other outlets. My fellow readers, I know we aren’t seeing everything that […]

My fellow readers,   It has recently been brought to my attention that I’m missing a lot of new releases. Whether it’s because Facebook doesn’t show us everything or, as an author for the readers, I live on caffeine and Netflix so sometimes I miss things if I’m not fully […]

My Fellow Readers, As you sit there, looking at your reading device, whether it be a phone, a computer, an e-reader, or a hologram, do you think about how often we stare at these screens? How often we take time away from our days to check what our friends […]

IT’S FINALLY HERE! YOU CAN ONE-CLICK STRAIGHT UP IRISH ! “Full of Irish charm, sweeping scenery, and swoon-worthy romance.” – Jay Crownover, NYTbestselling author I need a wife if I want to help save my family’s billion-dollar pub empire. There’s just one problem: I never plan on marrying. So, I need […]